After completing this help guide, you’ll be able to:

As per the New Zealand Football (NZF) Regulations on the Status & Transfer of Players (RSTP), the registration of a player to their club is terminated at the end of each winter season. This being 31 December of each calendar year.

Well what about players that owe money and/or gear? That’s where the red flagging of players come in handy! Players that are red flagged cannot register in the next season until the flag has been removed by the club that marked the player.

To ensure that these players cannot register to a new club after player registrations terminate on December 31 of each calendar, these players must be red flagged. With that in mind, lets go about adding a flag to one of your players.

You will be presented with a list of all CONFIRMED within your club, detailing who they are and their current red flag status. 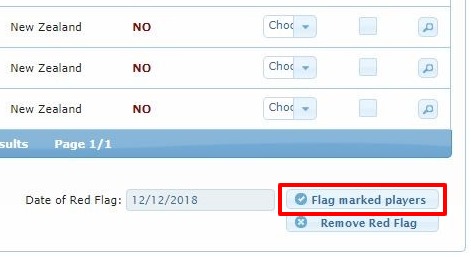 These players will now be red flagged and cannot register elsewhere until the red flag has been removed by your club.

Removing a red flag is very simple and is done from the player’s profile. 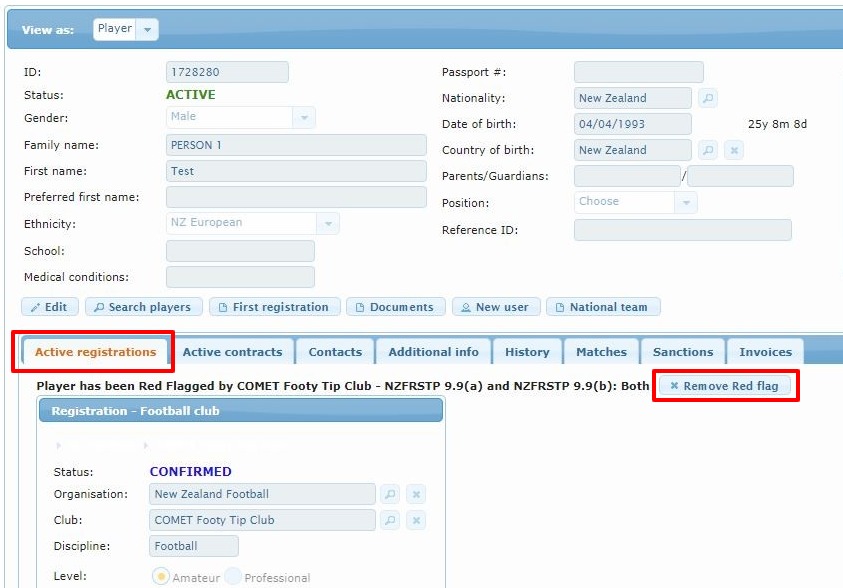 Easy! The player’s flag is now removed and may register elsewhere (provided they do not currently hold a CONFIRMED registration to your club).

It’s important to note that the Red Flag console will contain a list of players that are currently CONFIRMED in your club. If you are looking to remove a red flag from a player, navigating here after end of season termination (i.e. from 1 January) you will notice that there are no players I this list.

Don’t worry, while their registration has finished for the season, the red flag still remains.

So how do you then see a list of red flag players? The red flagged players report. Lets have a look. 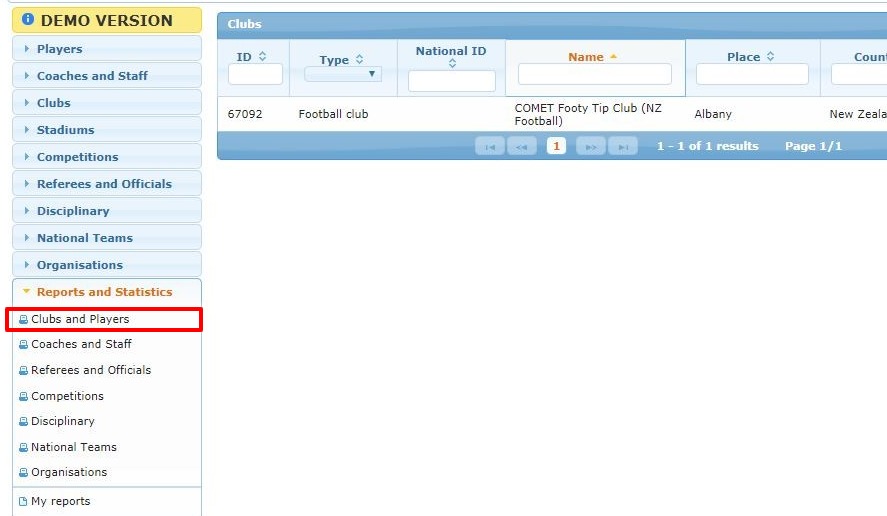 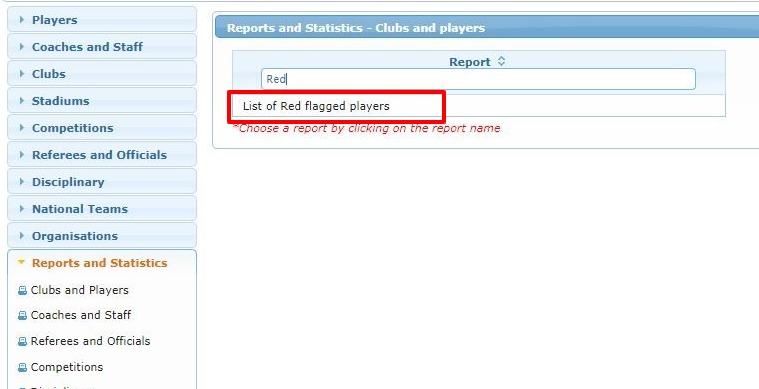 You will be provided with a full list of all players that have been red flagged by your club, including the reason.

Did you find it helpful? Yes No

Send feedback
Sorry we couldn't be helpful. Help us improve this article with your feedback.